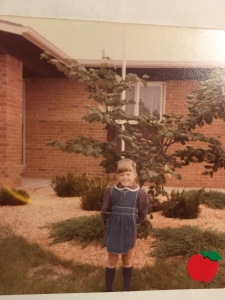 I remember the feeling of the first day of school. And I’ve had over 30 of them. Many were where I was attending school, and I’m reaching a point in my career where almost as many of them have been in front of a classroom.  What I remember about first days as a student, each and every one? How I felt.

I felt like I could reinvent myself, new hairstyle, new lunchbox, new outfit, new outlook on life, new classes, new friend groups in classes, new study techniques (or lackthereof–see “wasn’t a great year”), new interests in music, art, pop culture, anti-pop culture. The first day of school picture, you know, the one in front of the house that so many families take. 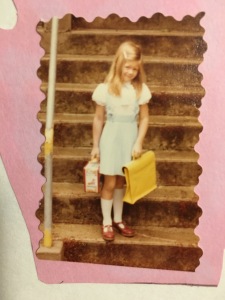 I felt like I had at least one teacher who just “got me.” Every single year. That one teacher.  Mrs. Johnson with the bows she’d wear on her blouse and walked around the classroom; Mrs. Jennings, my second grade teacher with the short brown hair, who let me write a play and have friends of mine and I perform it for the class–oh, she had the patience of a Saint, because there was a lot of running and chasing in my play; Mrs. Campbell, who wore the red lipstick and seemed to sashay when she walked; she was like magic when she taught; Mr. Bonavita, who insisted on calling me by my last name, but it was never right–who cried while we all listened to live footage of the Challenger disaster, and we were fifth graders and seeing an adult cry was not something we were used to; Mr. Hayden–oh poor Mr. Hayden, who did his best to teach me the French language–he didn’t have a chance (Think Joey from Friends…yep, it was that bad). But boy did he try; Mrs. Klefas–who looked like Mary Poppins and on the very first day introduced herself and said, “I either wanted to be a princess or a teacher, and the princess thing didn’t quite pan out.” There are so many more.

I felt like there were so many possibilities. And those possibilities were there for me, to grab, to work with.

It hasn’t changed for me. 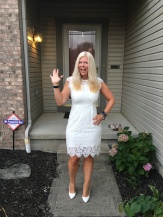 I still get the excitement of that first day just like I did in first grade. When I walk into the building and see former students,  I see them going through their own metamorphoses–their reinventions into the people they want to become. And then I meet my new students, and they, too, embody all of that possibility–each and every one. They have so much they are capable of. There may be so much that they could do that they haven’t even figured out yet, but I can see it. It’s like they glow. And I think–man, they have no idea the power they have as individuals–to change the world, to change all of the possibilities for future generations.

And I am lucky enough to be a rung on their ladder toward their future. I am able to pass some of my knowledge to them, and what they do with it has So. Much. Possibility. Beyond anything I could probably think of.

And I hope it never changes.

One thought on “Bright with Possibilities”